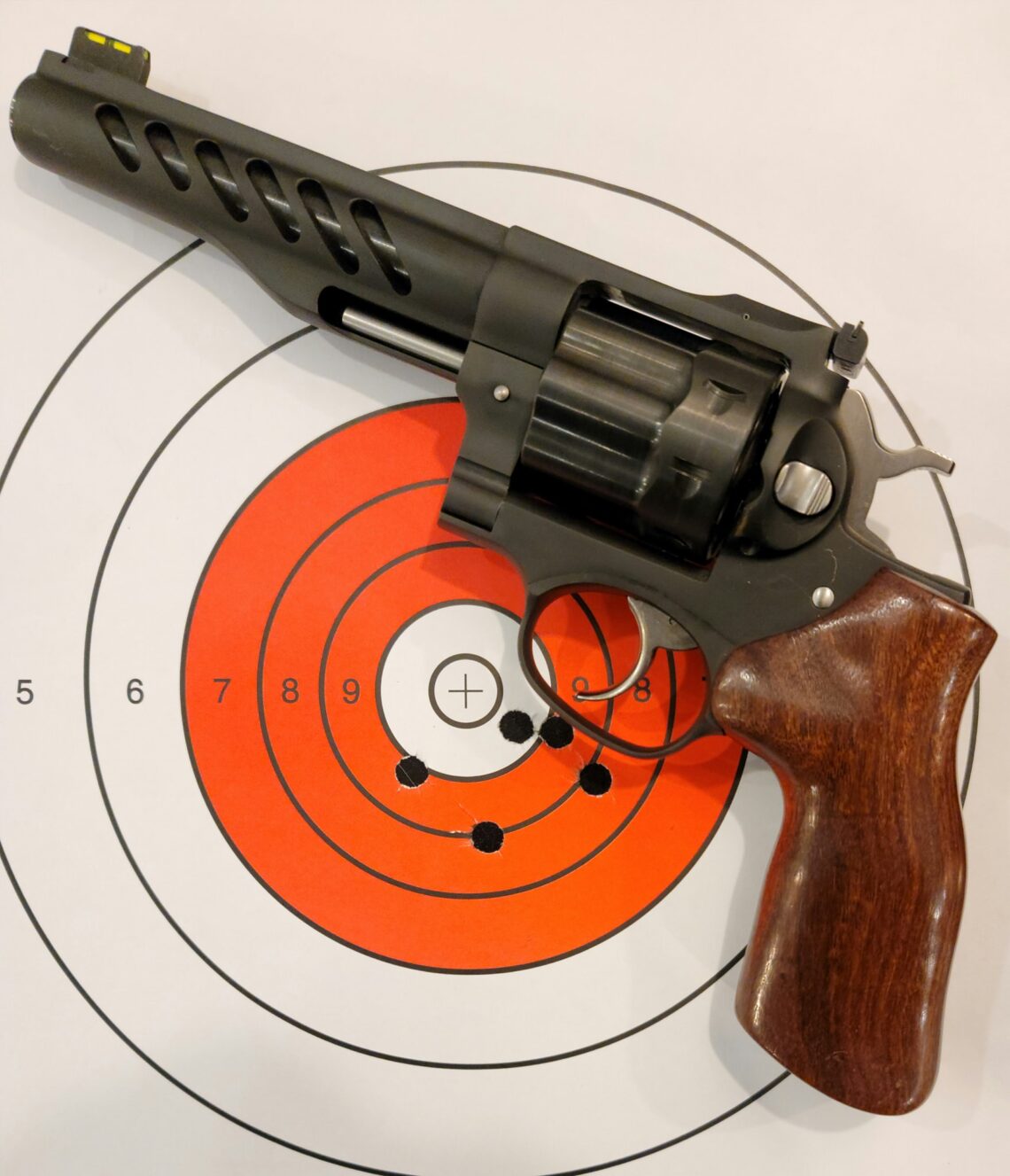 This time Thursday Day at the Range continues the double-action revolver series with more DA action. My focus for over six decades has been single action automatic pistols, specifically M1911s. Oh, sure, I dabbled in single-action revolvers such as the Ruger Single-Six, and at one point had an S&W Model 38 and a Walther P38. But, I didn’t shoot them much.
This series of Thursday Days is intended to remedy my double-action deficiency. Last time we ran a Ruger Wiley Clapp GP100 with a 3″ barrel. This time, it’s another Ruger, a Super GP100. The Super GP is essentially a Super Redhawk with an eight-shot .357 Magnum cylinder and a 5.5″ shrouded barrel. The GP100/Super Redhawk lockwork includes an enhanced hammer and trigger.
I found the 3″ GP to be prone to staging. This Super almost begs to be staged; it’s easy to trigger-cock the hammer, hold it there, then finish with what is almost a single-action trigger pull. Clearly I need more time with the Super if I want to master it.
The results aren’t too bad for an inexperienced DA shooter, methinks. Keep in mind that I achieved a one-hole group with this revolver, shooting single action. The usual protocol applies, seven yards, unsupported standing Weaver, best of five, five-shot groups.
In the coming weeks I’ll be breaking out a couple of S&W .38s, one pre-war and one post-war. We’ll have to see just how good the DA Smiths are in comparison.
BY WALTER JULIUS KULECK
Buy this book today! The Ruger 10/22 Complete Owner’s & Assembly Guide 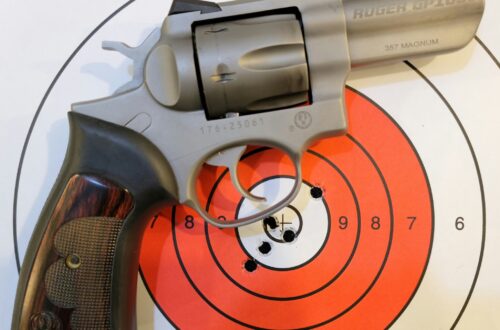 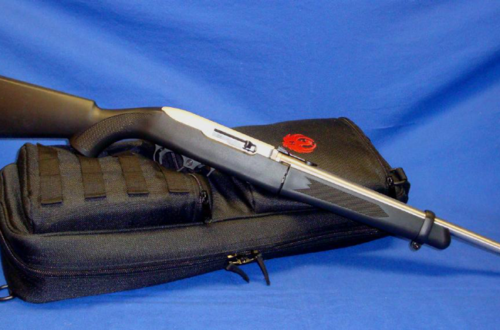 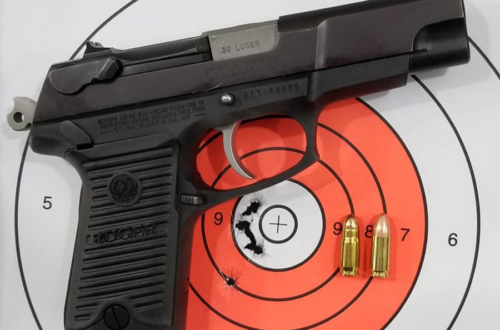