I’ve had a lifelong interest in history in general and US military history in particular.  A Spring 1983 visit to Springfield Armory National Historic Site heightened my interest in US military firearms.  Two of the rifles I wanted to own were an M1 Garand and a Springfield Armory Inc. M1A, the civilian version of the M14.  In February 1984 Springfield was offering dealer direct a service grade M1A with upgraded National Match (NM) barrel and a NM type walnut stock that was heavier than the service grade stock and without the selector cutout.  I ordered my first M1A.  At that time little did I know that this was the rifle I would use to qualify for purchase of an M1 Garand rifle from the DCM, the forerunner of the CMP.

In the summer of 1984, after one of our monthly IPSC matches, one of the guys announced that he had found a local DCM affiliated gun club and wanted to put a group together to shoot the required three matches to qualify for purchase of a ‘once in your lifetime’ M1 Garand rifle.  Needless to say, I was in!

The club had a big crowd and a limited number of rifles and ammo.  I used my M1A to fire two of the three required matches.  A club Garand and ammo was used for my third match.  That was the first time I had ever shot an M1 rifle.  Ten months after firing my third match I received my M1 rifle from the DCM.

That first M1A would lead three different lives and purposes.  My initial purpose in buying it was to have a civilian-legal representative example of an M14 to bridge the gap between an M1 rifle and my AR-15.  But I found service rifle competition so much fun that I began gathering parts to fully match condition my M1A.  I bought a NM sight set and had a local gunsmith perform all DCM authorized match conditioning.  In addition to weekly practice I shot in many local matches, accumulating probably 5,000 rounds fired.  It was time for a barrel change as long range accuracy was beginning to degrade.  I continued to practice and compete regularly.  Then in the late 1980s a new job required a lot more hours of my time and my M1A was relegated to the safe for a few years.

In 1989 while conducting research for my upcoming book The M1 Garand: Post World War II, I met Mitch Mateiko, owner of Brookfield Precision Tool.  In 1990-91 he had developed a unique method of glass bedding an M14/M1A action into a McMillian stock that allowed removal of the action for cleaning, service and maintenance that did not alter the zero upon reassembly.  Mitch also designed and manufactured what I still believe to be the best M14/M1A scope mount.  His overall design was adopted by several US military units as a product improved M21 sniper rifle named the XM25.  Mitch offered to convert my M1A from match rifle configuration into an XM25.  I jumped at the opportunity and shipped him my rifle.

The various services used different configurations of McMillian stocks and scopes on their XM25s.  Mitch built mine to replicate those used by the Navy SEALs with rubber butt pad instead of standard M14 butt plate and a Bausch & Lomb 10X scope.  He delivered my XM25 in the summer of 1991 along with another offer I could not refuse.  A US Army Special Forces unit had recently returned home from the Gulf War, Operation Desert Storm.  He told me that they had deployed with M1Ds equipped with one-inch scope mounts and Weaver K-4 scopes.  Collectors had recently discovered this M1D variation.  I was quite interested in learning more about them so that I could write an article on those rifles for the Garand Collectors Association Journal.  This SF group invited me to visit their base and examine and shoot their M1Ds.  Then to make the visit even more interesting, they suggested I bring my XM25 and they would give me the opportunity to shoot it on their range.

I accepted their offer and applied for vacation time.  In September 1991, I journeyed to their base to examine and shoot their M1Ds.  Included was some trigger time under their instruction shooting my new XM25.  I had a great time and learned a lot about long distance shooting with a scope.  That XM25 was a tack driver.  My longest hit was at 900 meters!

Authoring several books and numerous magazine articles opened many doors for me.  I am grateful for the opportunities that have been made available to me.  I’ve done my best to take advantage of as many of them as was possible.  Like most of us though, I do have a few regrets.  Two of the great regrets of the shooting part of my life are that I did not make the time and to attend Gunsite when Jeff Cooper was still teaching and although I visited the DCM/CMP Service Rifle Matches many times, I never fired a round at Camp Perry.

Learn more about the M14 rifle, check out The NEW M14 Complete Owner’s Guide and The M14 Complete Assembly Guide –  OR GET THE BUNDLE  at a REDUCED PRICE! 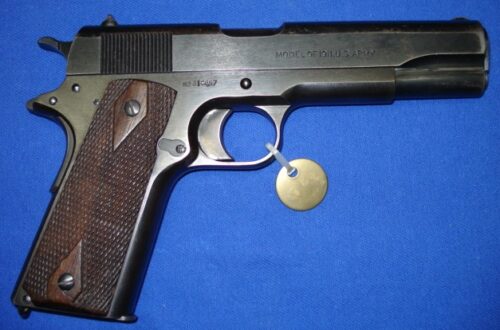 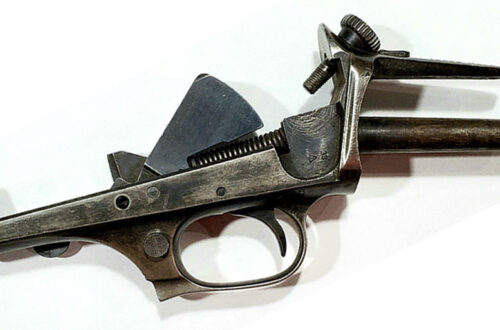 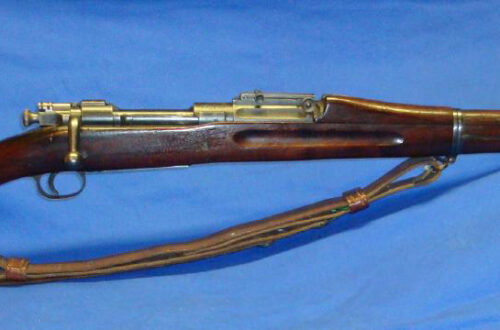