A 4th of July Tribute Part 2

My great, great, great, great, great Grandfather, John MacIlduff, fought in the American Revolution.  Not in well-known battles fought along the eastern seaboard, but in skirmishes with Indians whom the British had induced to attack settlers on the western side of the Appalachian Mountains.  He served as a private in Captain Thomas Morton’s Company of Westmoreland County Frontier Rangers between 1778 and 1783.  It is unlikely that these Rangers were armed with military muskets such as the Model 1763.  It is more probable that their weapons consisted of a variety of personal rifles or smooth bore hunting flintlocks, as well as tomahawk and knife.

If you have visited my shop, you have driven past the cemetery in which John MacIlduff and his wife, Anna, are buried.  Although the ravages of time and acid rains have taken their toll, their names remain visible on the hand-hewn tombstones.  Furthermore, the land on which our house is built was a part of his original homestead dating from the 1770s.  His cabin was within a quarter of a mile of our home.  In the 1960s my Grandfather tilled a garden in the field at the foot of the hill below where our parking area is today.  In his garden we children often found Indian arrowheads.  I have kept all that I found nearly 40 years ago.  If you visit my shop, ask and I will be happy to show you the arrowheads, as well as my old musket. 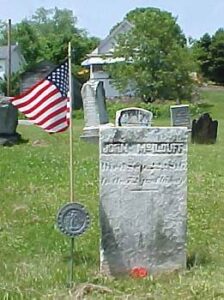 I fly the American flag at the top of a 20-foot flag pole, lighted by a dusk to dawn light, 365 days a year because of John MacIlduff, and all of the other men and women who endured hardships and gave their very lives to win and hold the freedoms we hold so dear.  Men like MacIlduff and marines like my Father, J. Arthur Duff, Jr. and soldiers like my Father-in law, Thomas Shoen, Jr. have been my inspiration to collect U.S. Martial Arms.  They are not “just guns.”  The firearms in my collection, and those in yours, are what were used to win and preserve the freedom that we continue to enjoy today.  Every U.S. Martial Arm and each man who carried them have a unique story.  But the ending is always the same.  Freedom!

God bless America!  And have a happy, but thought filled 4th of July! 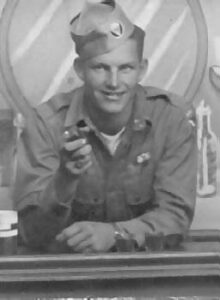 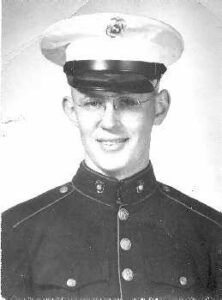