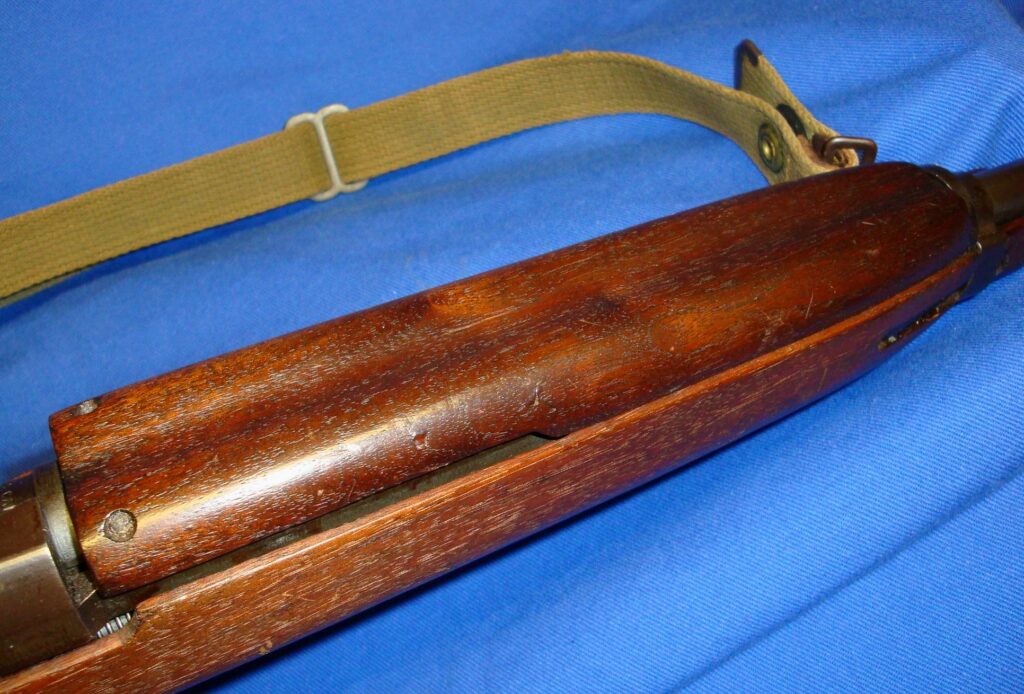 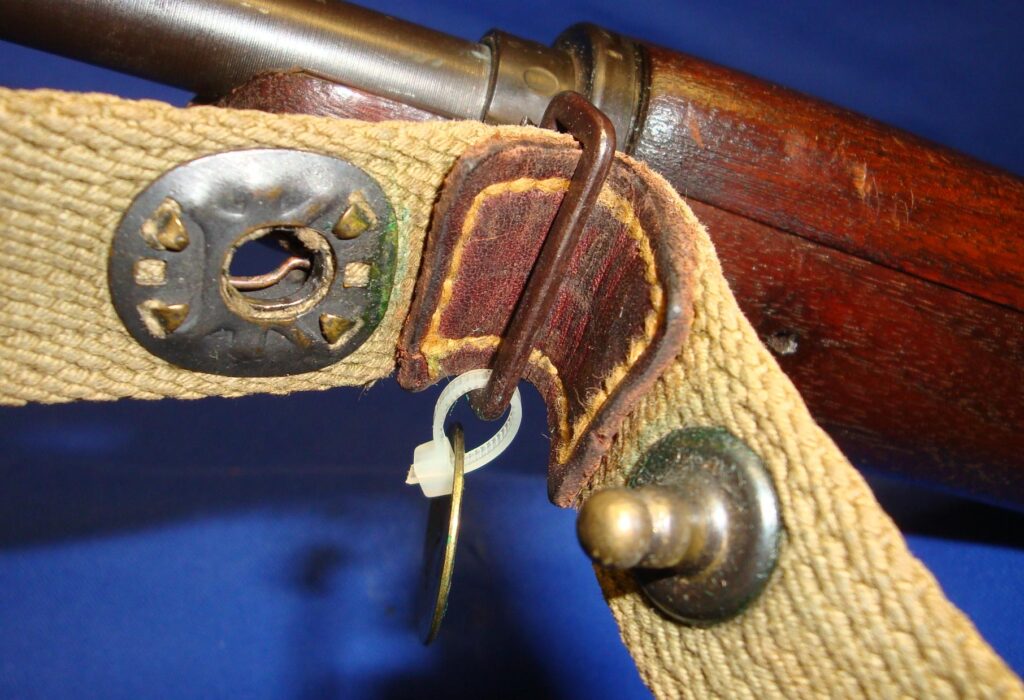 This Blog post is on my Inland M1A1 carbine. The M1A1 carbine was a modification to the M1 carbine that replaced the standard stock with one that folded and was intended for issue to newly formed airborne troops. Many paratroopers were issued the M1A1 carbine for jumps into combat. Those paratroopers included my father-in-law. As I related in my Foreword to our book “The M1 Carbine Owner’s Guide” I wanted an M1A1 carbine in my collection because:

Most of us know someone who carried a Carbine in World War II, Korea, or Vietnam.  There is often an emotional tie.  For me it is my father-in-law, Thomas Shoen, Jr. (11th Airborne Division, 1943-45).  He jump-qualified in June of 1943 and made several of his 17 jumps armed with an M1A1 Carbine.  He carried a Carbine while in combat in the Philippines.

One of the below photos clearly shows that someone modified the handguard to round the sharp edge of the sighting groove. It is obvious that this modification was performed many years before I acquired it and I have no idea as to why it was done. Of the thousands of carbines I have examined, this is the only one I have seen like this. I can only speculate that it was done by the soldier who carried it and perhaps jumped with it in World War II.

Also one of the below photos shows a modification to the khaki WWII sling. A piece of leather was sewn to the web sling where the sling passes through the front sling swivel. My guess is that depending upon how the carbine was carried the shock of the parachute opening may have been tough on the web of the sling at that point, and this was possibly a field modification in an attempt to prevent sling wear or breakage. The stitching was clearly done a very long time ago. I have examined hundreds of M1 carbine slings and this is the only one I have seen that was so modified. I find the modification to the hand guard and sling to be interesting and while I had owned several early production M1A1 carbines that matched up with my 1943 M1 carbine, these modifications are what caused me to keep this one.

The configuration of my M1A1 is typical of those carried during World War II. It clearly shows exposure to weather, usage and some wear, but not abuse. The dealer I purchased it from told me that he had bought it from the estate of a WWII veteran. Was that true? I have no reason to doubt that, but buy the gun, not the story. It quite possibly could have seen combat use, if so probably in the ETO as it does not look like it spent a lengthy time in the climate of the PTO. It certainly does have that “look” about it.