In My Back Yard: Tulle Fusil de Grenadier

One of the most interesting firearms I have had the opportunity to own is a Tulle Fusil de Grenadier. As a lifetime history buff, I knew from a young age that Forbes Road, the 18th century road from Fort Ligonier to Fort Duquesne, passed about two miles south of my home. As a boy it never entered my mind that I would one day own a French musket that may have been carried along Forbes Road.

The French & Indian War began in South Western Pennsylvania at what is now known as Jumonville Glen. In May 1754, 22-year old Lt. Col. George Washington with his Virginia troops and with Mingo Tribe warriors ambushed French officer Joseph Coulon de Jumonville and his 35 Canadian troops. It is believed that the leader of the Mingos, called the Half King, personally killed Jumonville. This action ignited a world war.

The French & Indian war lasted from 1754 through 1763. In addition to Jumonville Glen, battle sites in my area include Fort Necessity, Braddock’s crossing of the Monongahela River, Fort Duquesne, Fort Pitt, Fort Ligonier and Bushy Run. These sites range in distances from my home of 54 miles (Fort Necessity) to 6 miles (Bushy Run). I have visited all of them many times as a child and as an adult.

Prior to 1755 all French troops in North America were under the jurisdiction of the Compagnies franches de la marine or Marine Companies of France. These French Marines were not armed with the regular muskets of the French army, commonly known as the Charleville, named so after one of the armories in which they were produced. Instead, their arms were procured from the Tulle Manufactory.  The arms supplied were generally the fusil de ordinaire or Common Musket and the fusil de grenadier or Grenadier musket, both in .69 caliber. The primary difference between the two was that the Grenadier was equipped with a barrel band with sling swivel ring and a swivel ring to the rear of the side piece. The difficulties of military operations in Canada caused by the terrain and vast spaces quickly caused the Grenadier muskets to become the preferred shoulder weapon of the soldiers of the Compagnies franches.

The Tulle fusil de ordinaire and fusil de grenadier were carried by the compagnies franches de la marine when they faced a young George Washington and his troops at Jumonville Glen and at Fort Necessity in 1754 as well as Braddock’s defeat at the Monongahela crossing in 1755.  Excavated pieces of the fusil de ordinaire and de grenadier have been found in the Lake Champlain area, by archeological digs at the Plains of Abraham outside of the city of Quebec, and remains of 11 ‘Marine’ fusils have been recovered from the sunken French ship Machault which sank on the Restigouche River, New Brunswick, Canada in 1760. Substantially intact specimens of the Tulle fusils in North America are very scarce. This is not a surprise considering they were used over 265 years ago.

Perhaps my Tulle Fusil was carried along Forbes Road within a few miles of my home. If not this specific musket, then certainly many like it had passed by not far from my home.

During the French & Indian War, Americans were British subjects. As a result they were mostly armed with the British standard .75 caliber Long Land Pattern Brown Bess. Perhaps the Brown Bess will be a subject of a future post on Scott & Walt’s Gun Tales. 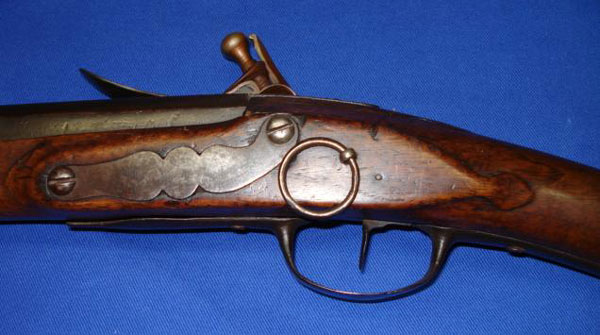 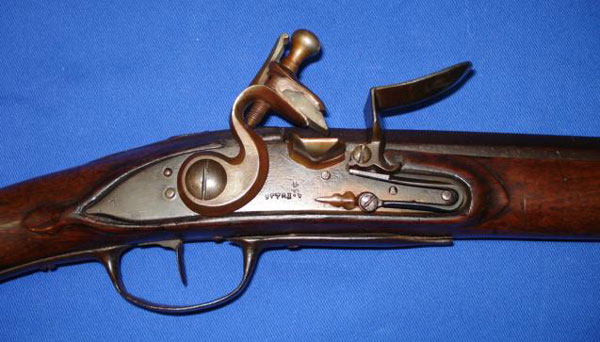