What’s the scoop on cut & uncut op rods? Are uncut rods safe? How do I tell them apart? 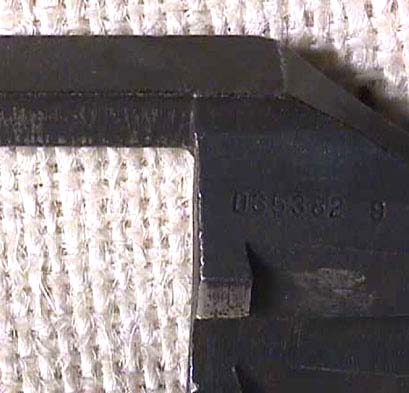 The M1 Garand’s operating rod is made in three parts, the tube, handle and gas piston (the shiny thing at the end of the tube). They are then welded together to create the completed component. During WWII the right angle joint where the tube and handle came together proved to be a stress riser. See Figure 1 for an unmodified (uncut) operating rod.

To remove this stress riser, after the war op rods from rifles being rebuilt were given a stress relief milling cut (the shape of a racetrack). If it’s there it’s obvious when you’re looking at the drawing number (see Figure 2). 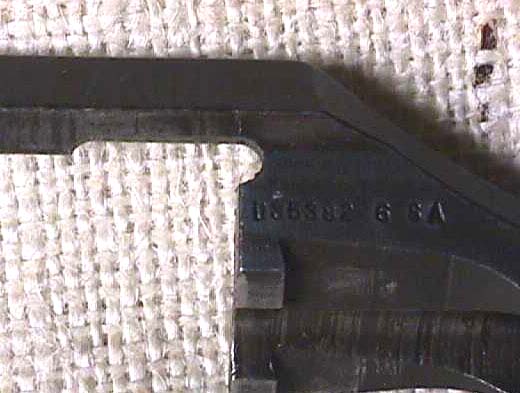 Actually, no op rod was really “problematic”; the WWII op rods would crack after a great deal of use & abuse, at the right angle where the handle goes to meet the tube; that’s why the stress relief cut was ordered & why most WWII op rods have been “cut.”

Let’s put to rest here and now the alarmist statements which have appeared recently in books and magazine articles. The uncut op rod does not pose a serious safety hazard! Contrary to what you may have read elsewhere, the op rod is not “traveling at over 200 mph.” The maximum speed of the Garand op rod, according to Springfield Armory documents, is 26 feet per second! For those of you in Rio Linda, that’s just a hair under 18 mph.

Now let’s examine the likely failure mode. We must note that while cracks were sometimes found, actual separations at the point were quite rare, and none ever resulted in a reported injury (as best we can tell from surviving documents and the testimony of retired armorers). Why? The crack is the result of tensile stress, i.e., as the rod is moving forward the handle portion is pulling the bolt with it, usually chambering a cartridge. The crack would not be the result of compressive stress, i.e., as the bolt is being “pushed” rearward by the op rod during the recoil stroke. Thus if the rod were to fail, it should fail on the counter-recoil, or return, stroke, when the area in question is under tension, not the recoil stroke, when it is under compression. Failure would thus most likely occur at the beginning of the counter-recoil stroke, as the action began to return to battery from its furthest rearward position. Therefore, we would expect the handle portion and the bolt to remain at rest at the rear of the receiver while the op rod spring pulled the balance of the rod forward. At that point the rifle jams and shooting stops.

We don’t recommend shooting uncut op rods, but for a very different reason than certain alarmists have suggested. Uncut rods have collector value that will only increase over time. There will always be someone who wants an uncut rod to complete a restoration. Unless you are accumulating contemporary parts for your own restoration work, you may want to consider selling an uncut rod to a collector for that purpose and using one of the much more common cut or post-WWII op rods for “daily use.”

In summary, the op rod issue has been greatly overblown by some. Do not fall prey to their alarmist misinformation. Armed with the knowledge here we believe you can draw your own conclusions. Figure 4 shows the three types together for comparison. 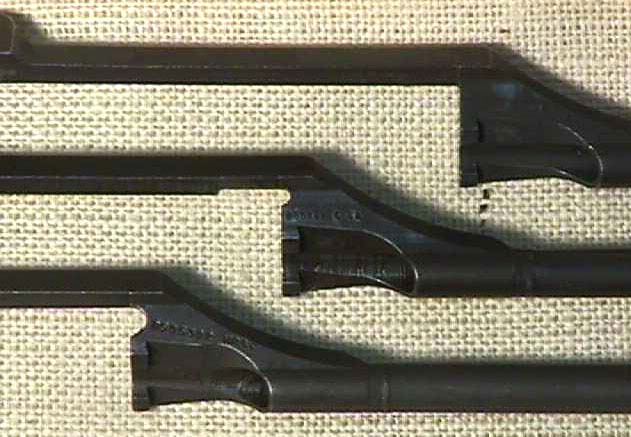